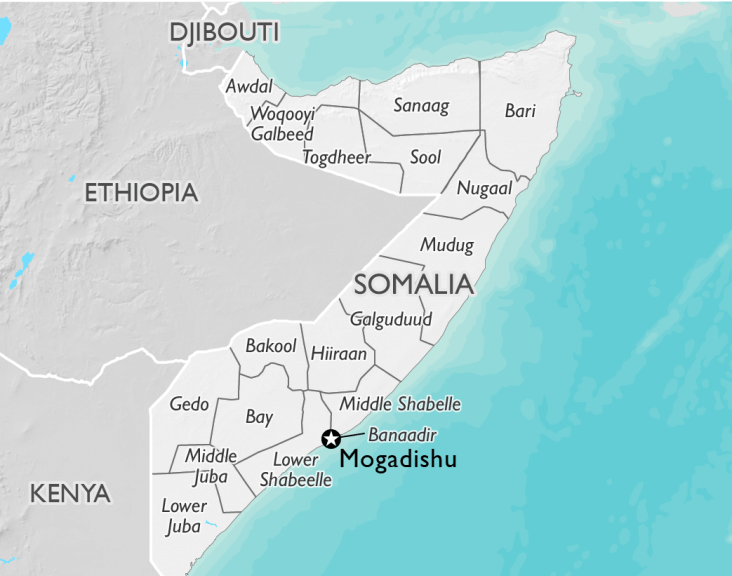 The history of Somalia dates back many centuries as one of the oldest trading nations in the world. Its strategic location boasts the longest coastline in mainland Africa, consisting of the Indian Ocean, the Red Sea, and bordering the Gulf of Aden. Historically, Somalia has some of the wealthiest trading ports, including the Mogadishu port, now over a thousand years old, and other notable ports such as Kismayo, Berbera, Bosaso, Merca, and the ancient port of Zeila.

Islam has long played a major role in the culture of Somalia, with Islam in the country dating back to the early era of the religion around the seventh century. Evidence of this can be found in Somalia’s historic, centuries-old mosques. These include the Zeila mosque (Masjid El Qiblateen circa 600), with its two distinctive minarets, one facing the first prayer direction of Islam (Jerusalem), and the other built later to point towards the modern-day prayer direction in Mecca. Other mosques with historical significance can be found in Berbera, Hafun, and on the southern coasts of Mogadishu, Merca, Barawe, and Kismayo. Many of the most notable mosques in Somalia, such as Arba’a Rukun in Mogadishu (circa 1269), the Friday Mosque of Merca (circa 1609), and Fakr ad-Din in Mogadishu (circa 1269), were the earliest mosques on the African continent.

Notably, Somalia has long been known as the “Nation of Poets” because of the people’s passion and affinity for the poetic arts. The practice of poetry became widespread due to the nomadic nature of the Somali tradition and thus, sending messages to one another slowly transformed into a poetic style as lyrical words were easier to remember for the messenger.

Somalia is also known for its domestication of the camel, a key instrument for nomadic life, which occurred between the third and second millennium BC. This practice of domestication later spread to ancient Egypt and throughout North Africa. Ancient depictions of camels can be found in the rock art in the cave formations of Laas Geel (6,000-20,000-thousand-year-old), and are the oldest depictions of camels among early people.

Today, Somalia has the largest population of camels of any individual country with a growing population of 14 million. Chief exports of Somalia include camels and other livestock, hides, fish, frankincense, and a variety of fruits and vegetables. Livestock accounts for upwards of 40% of the GDP and 50% of export earnings.

Somalia has a population of 15 million people within its borders, 10 million in neighboring countries, and nearly 2 million in the global diaspora. About 10% of the Somali diaspora live within North America.